GARDEN VILLAGE, ON, Feb. 14, 2020  – Today, Hydro One announced it is returning as the presenting sponsor of the 49th Little Native Hockey League tournament. To mark the 30-day countdown to the event, Hydro One and Nipissing First Nation are encouraging teams to enter into the “Win As One Team” contest. Participants can enter online to share their team spirit and excitement about the upcoming tournament for a chance to win new hockey sticks and helmets.

This year’s host community, Nipissing First Nation, will welcome over 3,500 competitors and 228 teams from Indigenous communities across Ontario to Mississauga from March 16-19 to compete in the tournament. As the presenting sponsor, Hydro One will be on-site throughout the tournament offering tools and tips to play safe. 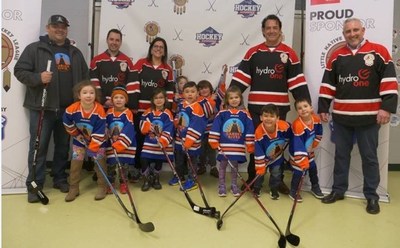 “Hydro One is proud to support this annual event that brings thousands of people together to celebrate the power of sport. The Little NHL tournament is one of the many ways we work to build lasting relationships with Indigenous communities across the province,” said Derek Chum, Vice President, Indigenous Relations, Hydro One. “We applaud Nipissing First Nation for its efforts in hosting what is sure to be a fantastic event.”

“On behalf of the LNHL Executive Committee, we are very excited to work alongside the host community of Nipissing First Nation and Hydro One for the upcoming 2020 Little NHL which promises to be the best hockey tournament in Ontario. The Little NHL has grown to 228 teams from a mere 17 teams in 1971. In many of the communities, Little NHL is a hallmark hockey event for all players, parents, family and community members to participate in and take pride in our children and young people,” said Marian Jacko, President of the Little Native Hockey League’s Executive Committee. “It is an opportunity for everyone to come together to promote the Little NHL’s four pillars of respect, citizenship, sportsmanship and education, and we look forward to seeing everyone at the opening ceremonies.”

“Nipissing First Nation is proud to host the 49th Annual Little NHL Hockey Tournament in Mississauga on March 16-19, 2020. We are honoured to celebrate our theme ‘All Nations, One Family‘ with thousands of youth and families from First Nations across Ontario,” said Chief Scott McLeod, Nipissing First Nation. “The Little NHL brings youth together to play with pride and showcase their communities, and we are grateful to partners such as Hydro One for generously supporting this tradition that creates so many lasting memories and friendships.”

More information about the “Win as One Team” contest can be found at:  www.HydroOne.com/LittleNHL. 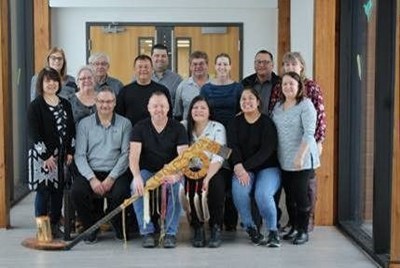 Hydro One Limited, through its wholly-owned subsidiaries, is Ontario’s largest electricity transmission and distribution provider with approximately 1.4 million valued customers, approximately $27.1 billion in assets as at December 31, 2019, and annual revenues in 2019 of approximately $6.5 billion.

Our team of approximately 8,800 skilled and dedicated employees proudly build and maintain a safe and reliable electricity system which is essential to supporting strong and successful communities. In 2019, Hydro One invested approximately $1.7 billion in its transmission and distribution networks and supported the economy through buying approximately $1.5 billion of goods and services.

We are committed to the communities where we live and work through community investment, sustainability and diversity initiatives. We are designated as a Sustainable Electricity Company by the Canadian Electricity Association.

The permalink for this story is:
https://nationtalk.ca/story/hydro-one-and-nipissing-first-nation-mark-the-30-day-countdown-to-the-2020-little-native-hockey-league-tournament-the-largest-indigenous-hockey-tournament-in-ontario