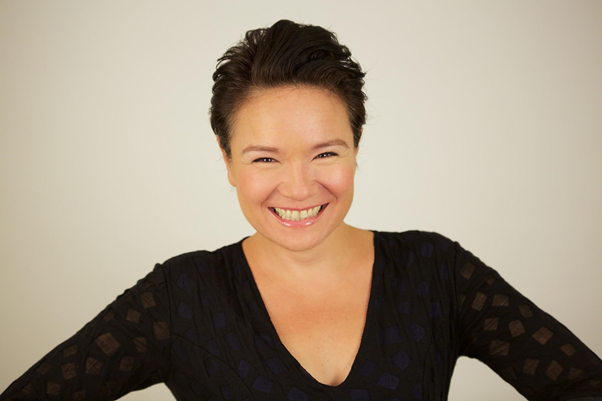 FRIDAY AUGUST 24TH, 2018 —  Returning as part of the 2nd Annual Indigenous Life Festival, a free public festival which launches tonight, June 24th, at the Amphitheatre in Collingwood, and continues June 25th and 26th at Blue Mountain Village, INDIGENOUS 150+, will be screening two works by Jennifer Podemski, who will also be attending and participating in the festival.  First up at 11am on Saturday August 25th, will be the feature film EMPIRE OF DIRT,  which Podemski produced and stars in alongside Cara Gee and Shay Eyre. It was nominated for five Canada Screen Awards in 2014 and won the award for Best Original Screenplay by Shannon Masters. Audiences will have a chance to hear about Podemski speak about her career and what motivated her to take took her talents from in front of the screen to behind the camera, and from producer to now director. Also featured at the festival will be a special preview of a new television series directed by Podemski called, FUTURE HISTORY: Reclaiming Our Past, Harnessing Our Future. It is a new 13 part television series for APTN created by Jennifer Podemski and archeologist and artist, Kris Nahrgang, about shifting the colonial narrative and reclaiming indigenous knowledge and identity. It is hosted by Sarain Fox and Kris Nahrgang. 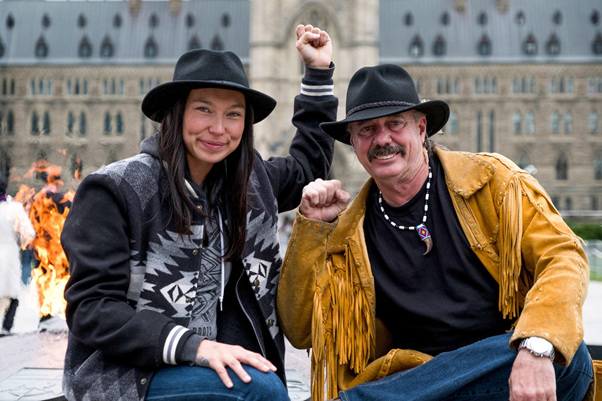 Podemski will also be participating in public dialogue this evening, as part of the festival’s launch alongside Riley Yesno, a member of the Prime Ministers Youth Council and Ojibway elder and Knowledge Keeper Glenn Trivett. The diaglogue will be facilitated by Michael McLuhan, and followed by a concert by the celebrated music group, Digging Roots. Other Featured artists over the weekend include Midnight Shine, Amanda Reaume and the tasty culinary arts of Chef Zach Keeshig who will be giving a workshop.

For a full look at the calendar of events head to: http://bluemountainvillage.ca/ilf

We are proud to be hosting these events in Saugeen Ojibway Nation Territory, home to Chippewas of Saugeen and Neyaashiinigmiing (Nawash), Métis and many other nations.

Jennifer Podemski is a mother, actor and award winning film and television producer. Driven to create space for Indigenous stories and creators, Jennifer founded the first Indigenous owned and operated production company in Canada. As a storyteller in front and behind the lens, she has brought 100’s of hours of landmark television to the screen including Moccasin Flats, APTN’s The Other Side and Empire of Dirt for which she was nominated for two Canadian Screen Awards. Future History commissioned by APTN, was co-created by Jennifer and Kris Nahrgang, to help shift colonial narratives and create a platform for indigenous voices and knowledge.

INDIGENOUS 150+ is a film and conversation series, dedicated to putting Indigenous voices centre stage and is a response to the Truth and Reconciliation Commission’s Calls to Action. It was founded in partnership with M’Wikwedong Native Culture and Resource Centre, Nation Talk and Good Influence Films. To bring Indigenous150+ to your community or to get involved please visit: 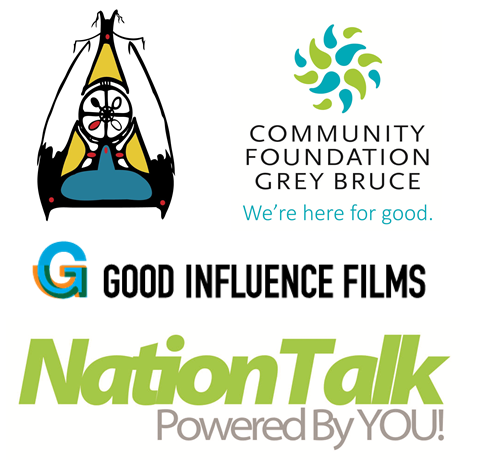 The permalink for this story is:
https://nationtalk.ca/story/indigenous-150-returns-to-the-indigenous-life-festival-with-spotlight-on-work-by-jennifer-podemski