﻿ The Government of Canada updated the Truth and Reconciliation (TRC) Calls to Action web site. The problem – not a single word was changed from Sept. 5, 2019!
Register Login
NationTalk Login

The Government of Canada updated the Truth and Reconciliation (TRC) Calls to Action web site. The problem – not a single word was changed from Sept. 5, 2019! 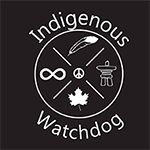 The Government of Canada updated the Truth and Reconciliation (TRC) Calls to Action web site. The problem – not a single word was changed from Sept. 5, 2019!

TORONTO, ONTARIO – Indigenous Watchdog tracks and reports on how reconciliation is progressing in Canada across all 94 Calls to Action. On June 11, 2021, the federal government posted updates to their “Delivering on the Truth and Reconciliation Calls to Action” website as well as an update delivered on June 7, 2021 using the phrase “Date modified”.

Not a single word was changed from the last revision to the site on Sept. 5, 2019!

Those updates, beginning on June 7, began just 11 days after the discovery of 215 unmarked graves in Kamloops and the resulting outcry over the lack of government actions and resolve in addressing the TRC Calls to Action (C2A) and, in particular, those relating to “Missing Children and Burial Information” (Calls to Action 71 – 76). To consciously draw attention to “modified” Calls to Action implies that something has been revised or updated and that there is progress in advancing those specific Calls to Action.

Which Calls to Action “Themes” have been updated? All seven relate directly to those areas that would draw the most attention from the media, concerned Canadians and Indigenous groups themselves given the context of the last month: the discovery of about 1,250 unmarked graves in four sites and counting.

The above represent a potential 33 Calls to Action for which the federal government is directly or jointly accountable. And not a word was actually changed! What does that say about the government’s commitment to honesty, transparency, accountability – and respect?

People in general and Indigenous people in particular have had their trust in governments at all levels eroded by the deceit, manipulations and overly loose playing with language. Hiding behind false statements that do not reflect the truth; broadcasting a misleading message that signals you are doing something when you are not; these are the ingredients of lies.

In the context of what is now about 1,250 unmarked graves in four locations in BC, Saskatchewan and Manitoba the demand for truth not only from Indigenous people but from non-Indigenous Canadians as well, why counter with misinformation and deceit. That is not the way to build trust. That level of communication demonstrates a profound lack of respect to Indigenous people who deserve so much better especially from this government who have done so much more than previous governments to repair the damages inflicted by generations of previous governments.

So much has happened that could be regularly updated on the site to keep Canadians informed about how reconciliation is advancing and where and how it is not. Indigenous Watchdog has documented numerous examples of where and how reconciliation is advancing and where problems continue to persist and fester. As a point of contrast, the most recent “Status Updates” issued by Indigenous Watchdog identified the following number of updates across all 94 Calls to Action as follows:

The federal government in the same time period has delivered two!

educating all Canadians through the delivery of comprehensive, high quality information on the full range of Indigenous issues with a particular focus on the Truth and Reconciliation Calls to Action

The permalink for this story is:
https://nationtalk.ca/story/the-government-of-canada-updated-the-truth-and-reconciliation-trc-calls-to-action-web-site-the-problem-not-a-single-word-was-changed-from-sept-5-2019